A little penguin named Tango and a banned book have created an uproar in Rochester, MN.

Rochester is the home of the Mayo Clinic, the facility patients come to from all over the world to get answers to tough medical questions. Here is where you hope someone will bring information into the light, not hide it. And yet in a recent move, Rochester School Superintendent Michael Muñoz and two school board members decided to do just that: They went against school policy and pulled a book from the shelves of Gibbs Elementary School after a parent complained. The book was And Tango Makes Three, a tale of two male penguins that hatch and raise a baby chick together.

This is not Tango‘s first trip to the rodeo. It has been on the American Library Association’s banned books list since it came out in 2005, usually in the number one spot. Critics contend that it endorses a homosexual lifestyle. As the book says, “She [Tango] was the very first penguin to have two daddies.”

This is a true story. Authors Justin Richardson and Peter Parnell could have included Tango’s much-publicized life in a nonfiction book about animals. Instead, they chose to write a children’s book about a most unusual penguin family.

Tango’s real family lives in the Central Park Zoo in New York. Roy and Silo are a pair of boy chinstrap penguins who prefer each other’s company to that of the girl penguins. The zookeeper noticed how Roy and Silo bowed and sang to each other, made a nice nest, and even rolled an egg-shaped rock into the nest, sitting on it for hours in the hopes of  “hatching” it.

Roy and Silo wanted a family.

When another penguin couple at the zoo produced two fertile eggs, the zookeeper gave one of them to Roy and Silo. After all, twins take work, and the odds of having two fertile penguin eggs raised to adulthood by one couple are slim. Roy and Silo knew “just what to do,” the zookeeper said. They kept the egg warm, turning it over and over so all sides would benefit, until their daughter Tango arrived. Tango’s fathers fed her, sang to her, and snuggled her warm at night. They made sure she knew she was wanted.

If we allow books like Tango to be banned because they make one person uncomfortable, we are giving in to tyranny. We are permitting someone else to control where we get our ideas, and Tango presents some brilliant ones about loving parenting and creating strong families (no matter what their makeup). It has received several national awards for good reason.

I admit I grow impatient with parents who claim censorship is needed to protect our children. I say the solution to this is simple: you control your child’s reading list, and I’ll control mine. Censorship is for cowards. If you want to provide gutsy and meaningful parenting, read Tango with your children and talk about why you do or don’t agree with the worldview it presents.

In Rochester, Tango‘s story was indeed tangled. It was first challenged in the fall of 2011. According to school district policy, it was sent for review to the district’s Committee for Reconsideration of Resources, which voted on November 15 to keep the book in its media collection. When the parent appealed again, Superintendent Muñoz and cohorts decided to ignore that decision and ban the book anyway. On March 19, after a packed school board meeting, Muñoz apologized and said the book would be returned to the library. The next step, if the parent wants to continue, would be to appeal to the entire school board during a public hearing.

I hope Tango is safe and sound in Rochester. In the recent standing-room-only meeting where not one person spoke against the book, Mayor Ardell Brede held a sign proclaiming Rochester as an “inclusive community.”

Like poet Carl Sandburg, I believe “inclusive” to be one of my favorite words. It doesn’t leave much room for hiding; it drags censorship out of the dark where the real dance begins in a free society.

For another look at censorship and parenting, check out Book of Mercy.

To hear a reading of And Tango Makes Three: 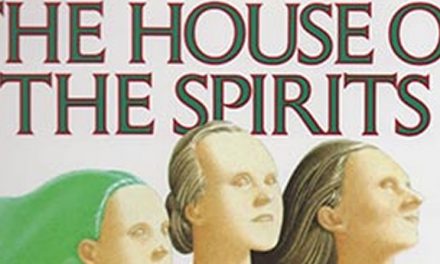